Cambridge Consultants brings the radio transceiver into the digital age

It’s a glimpse into the future of wireless design – radios built purely from computing power. Pizzicato promises to vastly increase the range of wireless applications and to be a powerful enabler for both the ‘Internet of Things’ (IoT) and 5G technology.

By moving analogue radios into the digital domain, they transcend the physical barriers of conventional analogue models and directly benefit from Moore’s Law – shrinking in size, cost and power consumption with each new generation. As a result, they create a lower-cost and more scalable enabler of high-frequency radio waves.

Pizzicato enables truly flexible software-defined radios that are able to change frequency, bandwidth or radio standard in an instant, allowing a much more dynamic – or ‘cognitive’ – use of the radio spectrum.

Historically, a major barrier to creating all-digital radios was the inability to convert between analogue and digital at radio frequency, which demands sequential calculations at billions of times per second – a requirement that today’s silicon is simply incapable of performing.

With Pizzicato, Cambridge Consultants has transformed the mathematics behind radio design, developing innovative algorithms that can perform 78 billion calculations per second on less than one square millimetre of today’s silicon. With computations running in parallel, the conversion between analogue and digital is updated in the time it takes light to travel just centimetres.

“We have a vision for radios to follow the same path as microprocessors, which have moved from expensive pieces of technology to increasingly capable and cheap devices that are installed in everyday products,” said Bryan Donoghue, digital systems group leader at Cambridge Consultants. “By moving radios into the digital domain, we’ve put them on a path to dramatic improvements in cost, size and performance – as predicted by Moore’s Law. This radical approach to making low-cost and highly flexible radios has huge potential for wireless innovation.”

One potential use for Pizzicato is in the emerging 5G mobile phone standard, which promises higher bandwidth and lower latency. New 5G networks will use ‘massive MIMO’ to efficiently reuse scarce radio spectrum and offer high data rates to even more mobile devices. But this ‘multiple-input and multiple-output’ method is a potentially costly approach, requiring huge arrays of radio transceivers. Pizzicato’s cheap and precise digital radios could dramatically change the economics of massive MIMO and help accelerate the deployment of 5G.

Pizzicato could also hold the key to lower-cost IoT devices and inject a new level of innovation into a market that has been predicted to reach 20 billion connected ‘things’ by 2020. The cost and difficulty of designing traditional analogue radios into IoT chips means that IoT innovation is often restricted to software. Pizzicato removes this barrier by allowing the digital radio to be copied between chip designs, just as microprocessors are today.

Cambridge Consultants has one of the world’s largest independent wireless development teams, with more than 140 experts working in areas ranging from ultra-low-power, short-range wireless connectivity to global satellite communication. During its 56-year history, the company has helped clients develop technology ranging from the world’s first wireless implanted pacing system to the ground-to-air radio system controlling air traffic over the majority of the planet.

Cambridge Consultants will be discussing its breakthrough Pizzicato technology at NIDays London, November 29, at the QEII Conference Centre, London, stand 18.

Cambridge Consultants develops breakthrough products, creates and licenses intellectual property, and provides business consultancy in technology-critical issues for clients worldwide. For more than 50 years, the company has been helping its clients turn business opportunities into commercial successes, whether they are launching first-to-market products, entering new markets or expanding existing markets through the introduction of new technologies. With a team of 750 staff, including engineers, scientists, mathematicians and designers, in offices in Cambridge (UK), Boston (USA) and Singapore, Cambridge Consultants offers solutions across a diverse range of industries including medical technology, industrial and consumer products, digital health, oil and gas, and wireless communications.

Cambridge Consultants is part of Altran, a global leader in engineering and R&D services which offers its clients a new way to innovate. Altran works alongside its clients on every link in the value chain of their project, from conception to industrialisation. In 2016, the Altran group generated revenues of €2.120bn. With a headcount of more than 30,000 employees, Altran is present in more than 20 countries. For more information, visit www.Altran.com. 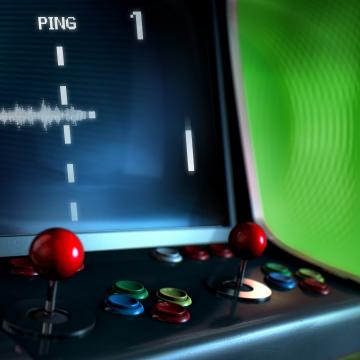