SharpArrow Medical is an innovator and developer of laser-based medical devices and equipment and is one of a cohort of innovative companies being mentored by Cambridge Consultants as part of MedTech Innovator Asia Pacific.

SharpArrow’s laser system can perform tissue cutting, ablating and sealing functions, and has been designed to supplant monopolar electrosurgical devices.

Here we highlight why this innovative company has been shortlisted for MedTech Innovator Asia Pacific.

The challenge of electrosurgical devices

Electrosurgical (ES) devices are prone to extraneous current leakage that can cause tissue damage. According to the Association of Perioperative Registered Nurses, 40,000 patients a year are burned by faulty ES devices.

Monopolar technology is almost 100 years old and has evolved very little in that time. SharpArrow Medical founder and CEO Jay Kim decided to draw on his experience in laser technology to do something about it.

Most medical laser systems operate without a feedback system, and none address bleeding control during surgery, which requires a high-power laser. High-power lasers require precision control of the power to keep tissue from burning.

The benefits of SharpArrow’s system

SharpArrow’s laser system and optical fibre-guided sensors have been conceived and created to deliver a range of benefits. Currently, there are no alternative energy devices to replace the existing monopolar ES devices, which frequently cause tissue burn injuries. The laser system protects both medical staff and patients from ES device injuries.

The laser system also opens up new areas of use, such as cardiac and neurosurgical applications where monopolar devices currently are not utilised. It also assures safer procedures in patients with pacemakers and metal implants where there are presently no alternatives to monopolar ES devices.

The system is also ideal for use in minimally invasive procedures such as robotic and laparoscopic surgeries as most are performed in a confined surgical space. And as the system has direct detection of tissue conditions while using the lasers, it enables safer “tele-surgeries” such as remote robotic surgery.

What are the technical challenges of SharpArrow’s system?

The main technical challenge that SharpArrow’s system has overcome is real-time tissue monitoring, controlling a custom-designed laser system that is uniquely capable of providing both cutting and coagulation of any tissue.

From a business perspective, the laser system has been complex and the prototype costly and time-consuming to develop and largely self-funded.

“It’s time for us to accelerate the development with an infusion of funding. Working with CC as a mentor provides an independent perspective and understanding of SharpArrow’s technologies and connections.

“We’ve already met and connected with many investors and interested parties.  Having private funding is good, but we are looking for a collaboration working with surgical robot companies.” Jay Kim, founder and CEO. 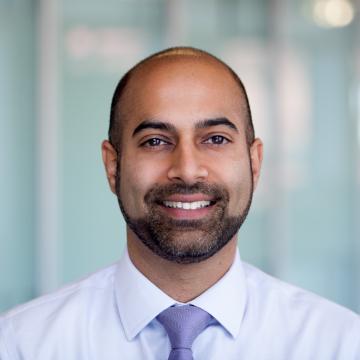