What do Amazon and Eddy Merckx have in common?

We use technology to drive efficiency & revolutionise the supply chain.

learn more about our work in retail & logistics

I recently visited the Modex show, a major supply chain exhibition in Atlanta, GA, where I met with a number of companies supplying technology and solutions for warehouse automation, distribution center and e-commerce fulfilment. With the rapid rise of e-commerce, this market sector is under considerable pressure to innovate. This got me thinking about how everyone is living and competing in the shadow of the Amazon effect and reminded me of the great professional cyclist Eddy Merckx. The comparison may not be obvious but bear with me and I'll explain...

As a quick overview, a fulfilment center works as follows: Producers and brands provide their products, in bulk, to fulfilment center receiving docks where they are un-packed and whisked away to storage locations in smaller bundles or even single items, typically in plastic ‘totes’ which are the standardized handling currency of conveyor systems, automatic guided vehicles and robot shuttles. These totes are placed in various forms of accessible storage and location tracked through complex warehouse management software systems. In the most advanced facilities, when an order is received and then filled, software, robots, sensors and automation collaborate to quickly bring the right tote to a human ‘picker’ who is guided by various techniques to transfer the right goods, in the right quantities, to the right order at an astonishing rate. Filled orders are then packaged, labelled, sorted and shipped using yet more automation technology. Terms like “goods-to-person” and “pick-to-light” are the vernacular of the industry as fulfilment center operators chase key performance indicators like “picks-per-hour” and “on-time-delivery”, involving process automation and coordination of multiple systems on a grand and complex scale. As sophisticated and complex as these state-of-the-art facilities are, they may not be able to easily scale to meet growing demand.

Merckx, the 'Amazon' of professional cycling 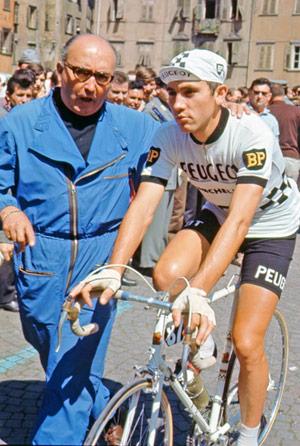 For some perspective, and because I love professional cycling, let me now compare the Amazon effect to the story of Eddy Merckx. Eddy Merckx is a Belgian cyclist, prominent in the 1970s and 80s, and inarguably the best all-round cyclist the world has ever seen. He won everything; world championships, hour records, spring one-day classics and grand tours…all of them, year after year, amassing an unassailable record of 525 professional victories over his 18 year career. Mr. Merckx, in his time, was the Amazon of professional cycling and his dominance forced every other rider and team to innovate or retire, ushering in the era of a scientific approach to rider recruitment, racing and training.

Merckx was an old-school phenomenon, preternaturally gifted with aerobic capacity, toughness and a determination to win. To beat him, team owners, coaches and cyclists themselves needed to adopt unconventional thinking and scientific methods for innovation and began measuring rider potential and performance in reductionist terms of watts per kilogram of body weight at aerobic threshold and VO2Max; the amount of oxygen a cyclist can process per kilogram of body weight per minute. Innovations in training also ensued, with psychologists and physiologists joining team ranks. It’s arguable that Eddy Merckx would not have been so dominant today now that everyone has upped their game and unique rider physiologies, training methods and racing strategies have created specialist riders for different racing disciplines.

Like Mr. Merckx, Amazon’s e-commerce dominance is unquestioned. It operates 320 fulfilment facilities covering more than 120 million square feet in the US alone. The “Amazon Effect”; the expectation by online consumers that shipping should be free; that next-day delivery is a bare minimum, and; that returns must be friction-free, is a reality that every e-commerce fulfilment provider is having to deal with. Like Mr. Merckx’s rivals, Amazon’s competitors have been forced to innovate or be relegated as also-rans.

At the Modex show all the leading technologies that have led to major step-changes in warehouse automation KPI’s were on display:

Warehouse automation - Where next?

What was less apparent at the show was evidence of any significant innovation capable of delivering step-change growth. Exhibitors, ostensibly at the cutting edge, seem to be pursuing incremental developments in search of marginal gains. It's possible that we're approaching the technological limit of these automation technologies to significantly shift the needle on e-commerce fulfilment KPI’s.

Perhaps more substantive performance gains may need to come from technologies other than electromechanical automation. Ke Jie, the world’s top ranked master of Go, a supremely complex game played and studied by humankind for more than 3000 years, lost three games to Google DeepMind’s AlphaGo artificial intelligence in early 2017, prompting him to declare "After humanity spent thousands of years improving our tactics, computers tell us that humans are completely wrong... I would go as far as to say not a single human has touched the edge of the truth of Go." E-commerce growth is demanding greater performance and complexity. It’s not yet clear where or how the required performance improvements will come from but, as Ke Jie suggests, it may take the superhuman capabilities and unconventional thinking of AI to achieve them. 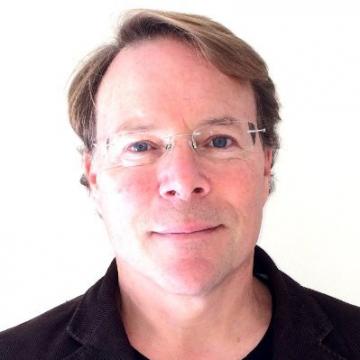 Before joining us in December 2016, Bruce held business development positions with Manta Product Development and Sagentia. During his wide-ranging career, Bruce has advanced the commercial development of early-stage technologies and service in the life sciences, consumer product and innovation sectors. Bruce holds an undergraduate degree in Biochemistry from McGill University in Montreal, QC and a Masters in Business Administration from Queen’s University in Kingston, ON. 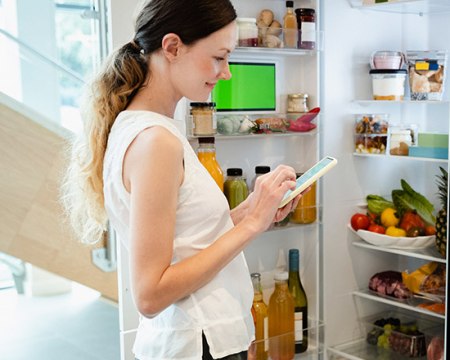 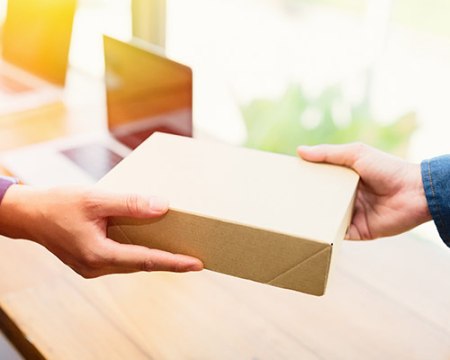 How the Last Mile issue is solving itself

The Last Mile issue is enormous and complex. Rising e-commerce demand, urban density and energy costs are all conspiring to make this an important issue for everyone. I believe that entrepreneurial ingenuity... 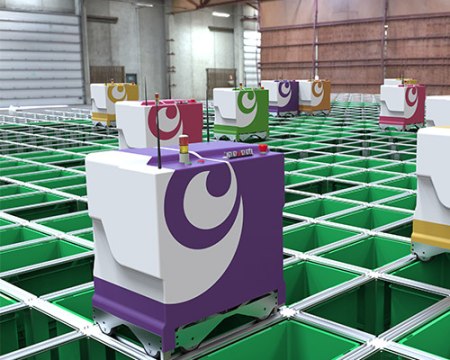 We often ask ourselves what innovation truly means. It’s an important question for any ambitions business to consider as history has shown that a revolution in technology brings far greater benefits than an evolution to a legacy technique. 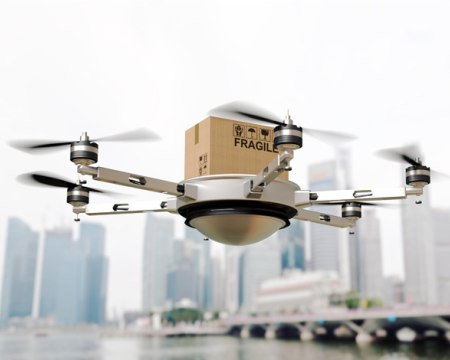 Drone services lift off in the US

Can Unmanned Aerial Vehicles (UAVs or “drones”) ever mix safely with existing air traffic? Recent news suggests that the Federal Aviation Authority in the US thinks so...