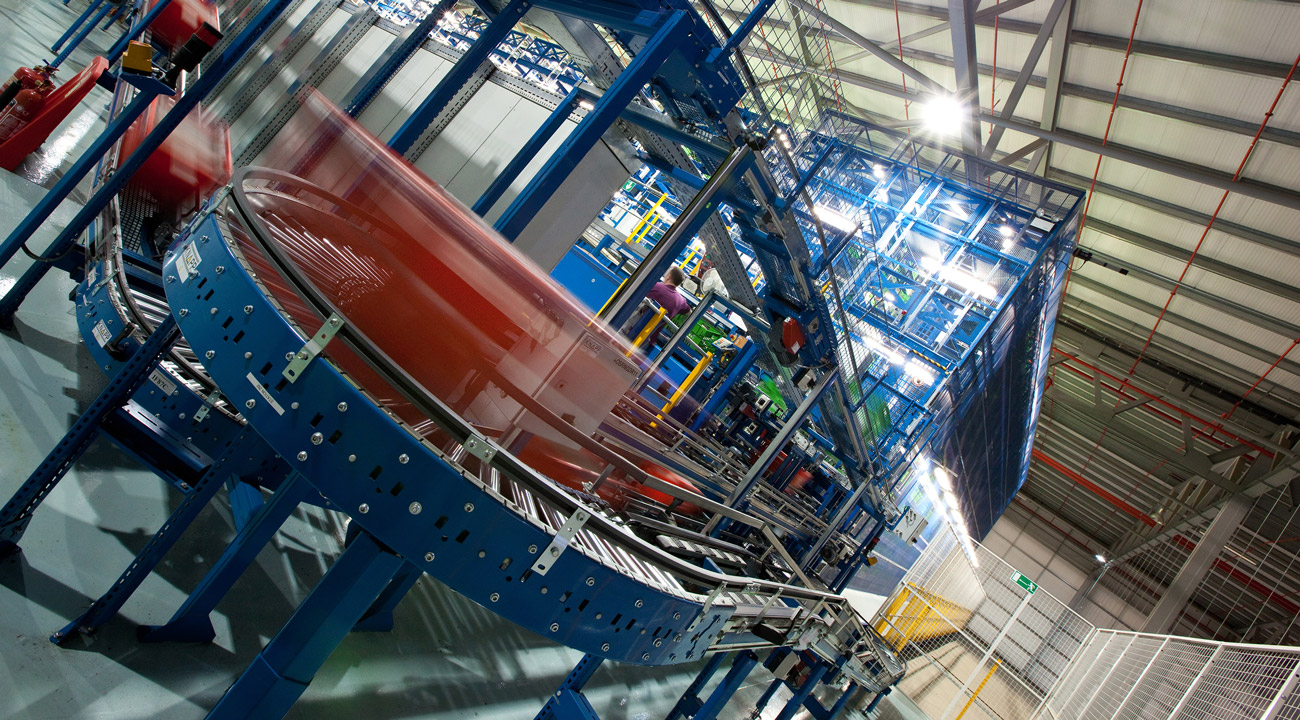 A world first in radio design has been created by product design and development firm Cambridge Consultants, working in conjunction with Ocado. The new wireless control system is transforming the warehouse automation solution used by the online grocery retailer. The technology enables Ocado to control and co-ordinate the movements of hundreds of thousands of crates containing millions of grocery items, in real time and in parallel. It means that Ocado’s innovative next-generation warehouse is home to the most densely packed mobile network in the world.

Ocado is the world’s largest online-only grocery retailer – shipping more than two million items every day to customers around the UK. The technology breakthrough is enabling Ocado to control 1,000 machines, communicating with them 10 times a second, all within an area the size of an Olympic swimming pool – maximising warehouse efficiency. The innovative wireless solution is also scalable – so could potentially handle 20 times the number of movements.

It’s a challenge on the scale of attempting to control the movements of all the aircraft that fly in and out of London’s Heathrow Airport in a day – but all at the same time and while they’re circling around within a few kilometres of each other.

“It was clear early on that no technology existed which would do what Ocado needed,” said Tim Ensor, head of connected devices at Cambridge Consultants – which has one of the world’s largest independent wireless development teams. “That meant they needed to create a completely custom solution to achieve the required performance – but do so in a way that had a manageable risk profile and in the minimum amount of time. They engaged us to help them achieve this.”

Existing mobile communications technologies did not offer the real-time control or scalability that Ocado needed. The Cambridge Consultants team identified that a system based on 4G telecoms technology deployed in the unlicensed 5GHz Wi-Fi band gave the best chance of achieving Ocado’s goal of co-ordinating thousands of fast-moving machines to within a fraction of a second.

“Our expertise in 4G system development and familiarity with available platform technology allowed the joint Ocado and Cambridge Consultants team to develop a solution very quickly and with minimum risk,” said Ensor. “We created a system based on the principles of 4G but which can support 1,000 devices from a single base station – over 10 times more than is usually possible. At the same time, we needed to ensure it met the requirements of operating in licence-free spectrum. It is the first time this has all been done with 4G technology.”

The new wireless control system provides Ocado with a guaranteed connection 10 times a second to each of 1,000 machines per access point – all working within a 50-metre radius. As it works in licence-free spectrum, it can be deployed quickly anywhere in the world. As well as logistics, the system could potentially be used to control fleets of semi-autonomous vehicles at sites such as factories, construction sites and airfields. Ocado is the intellectual property owner and has filed a number of patents for this new technology.

‘This revolutionary wireless development work from the Ocado and Cambridge Consultants collaboration is a crucial part of the advanced, proprietary automation which will power our next-generation warehouses and those of our partners,” said Mark Richardson, operations director at Ocado. “We set out to create a groundbreaking platform for online retailers – the Ocado Smart Platform – to push the boundaries of efficiency, modularity and scalability. Working closely with the Cambridge Consultants team has enabled us to make our ambitious vision a reality.”

Cambridge Consultants and Ocado will be discussing the breakthrough technology at Mobile World Congress, February 22-25, at Fira Gran Via in Barcelona, stand 7B21.

About Ocado
Established in 2000, Ocado is a UK-based company admitted to trading on the London Stock Exchange (Ticker OCDO), and is the world’s largest dedicated online grocery retailer, operating its own grocery and general merchandise retail businesses under the Ocado.com and other specialist shop banners.
About Ocado Smart Platform
Ocado began the commercialisation of its intellectual property with its agreement to operate the online business of Wm Morrisons Supermarkets plc in the UK. OSP is an enabling platform provided as a service to retailers. It comprises access to Ocado’s physical infrastructure solutions to run highly efficient warehouse operations for the single pick of products together with the entire end-to-end proprietary software required to operate an online grocery business, from user interfaces, through warehouse operating and control systems, to logistics, route planning and optimisation. It is underpinned by Ocado’s expertise and experience as a dedicated online grocery operator. The new wireless control system is an important enabling technology for Ocado's infrastructure asset solution which forms part of Ocado Smart Platform.
OSP provides multiple advantages to retailers wishing to operate online including:
based on proven systems and infrastructure which Ocado uses in its own business
both modular (size flexible) and scalable (can start smaller and scale up on short lead times)
significant operational cost benefits
supports a large range
entire seamless proprietary software provision updated alongside Ocado’s own development programme, providing ‘best in class’ service for customers
flexible agreement terms with low entry cost, ongoing fees linked to installed capacity and no minimum term
For more information, visit: www.ocadogroup.com 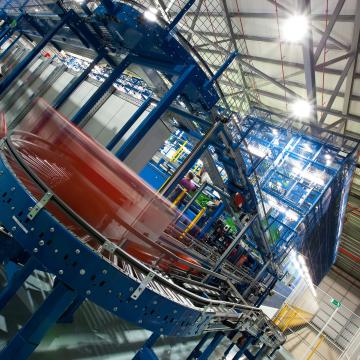 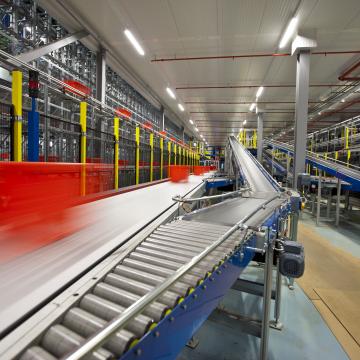 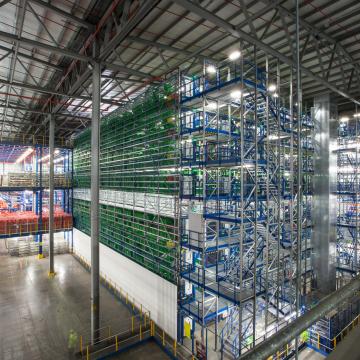