Quantum theory is about probability. Erwin Schrödinger illustrated this with his famous thought experiment: trap a cat in a box with a randomly fatal device and you would not know whether it is dead or alive. The fact that he felt the need to think in this way tells you that the theory is fundamentally strange. Yet quantum technology enables an astonishing range of potentially huge benefits... in sensing, digital security and computer capability to name just three. The benefits are so big they’re hard to ignore.

Quantum technology is all about probability too. How likely is it that the possible benefits can be realised in practice? When might they be realised? The sheer strangeness of the science and the speed of progress means that it can be impossible to separate what’s really achievable and what’s just hype. Or to know whether it’s relevant to you or not. Or to know whether it’s dead or alive. Schrödinger would savour the irony. The cat is very much still in the box.

Quantum sensing is an interesting and promising branch of quantum tech. Magnetic field sensors a thousand times more sensitive than conventional devices are already working in the lab. Within a few years they will be out of research settings and into user applications. So, the time to act is now if you are to grasp the opportunity to steal a march on competitors. Effective application engineering, combining a deep understanding of complex physics – with real insight into real-world use of the device – is vital to achieve meaningful progress. It’s the only way to coax the cat out.

What is quantum sensing?

Quantum sensing is making use of quantum effects to achieve something that an ordinary sensor cannot. For example, standard clocks and watches run to an accuracy of around one second per day. But an atomic clock based on a fundamental property of rubidium atoms can be accurate to one second in millions of years. Other types of sensors, which are being unlocked by advances in the research underpinning them, can achieve similar feats – detecting with a sensitivity and stability that has never been achieved before.

Of course, this increased sensitivity and having a less developed device comes at a cost. Generally, more screening or shielding will be needed, and the applications will take much more engineering to achieve the full benefits. That means that the application has to be really worth it – it has to be something that can’t be done effectively in any other way. Let’s look then, at some application areas where I foresee real payback.

It’s possible to make a quantum sensor which is sensitive to pretty much anything that affects atoms or electrons. So, sensors have been developed for motion, electric and magnetic fields. The table below shows where these sensors area likely to be useful. 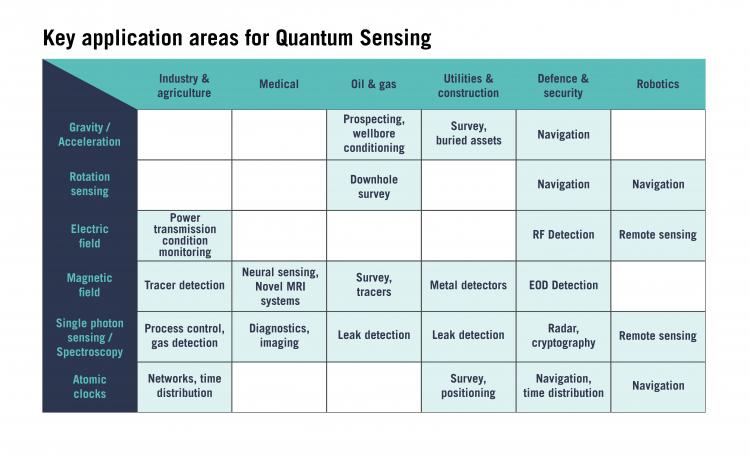 The neural activity within the brain generates not only electrical activity, sensed by electroencephalography (EEG), but a corresponding magnetic field. The main limitation of EEG is that the electric field is weakened and spread by the skull. The magnetic field, however, is less affected. Measuring this tiny magnetic field allows brain activity to be observed – but the older generation of sensors requires the sensor to be cooled with liquid helium, which limits how close the sensor can be brought to the patient.

The fact that quantum sensors allow the sensitivity required to be reached without cooling and in a tiny package allows many more of them to be put on the patient’s head, and also for the patient to be much more mobile. This opens the way for such a tool to be used in more than just research. Diagnosis, treatment and emergency medicine could all be brought within reach. Looking a step further ahead, one day this direct brain readout could allow the ultimate zero UI, direct brain control of computers.

Medical lab diagnostics and many agri-food processes depend on detecting just a few labelled cells. These may indicate recurrence of a disease, or lack of sterility of a food process. If the cells can be labelled magnetically, then these rogue cells can be detected quickly and at low cost. Functionalised magnetic particles can be bought off the shelf – the great advantage is that they can be both used to separate out the cells by pulling them with a magnet, and to detect them once magnetised.

This approach can overcome not only the detection challenge, but the concentration step which is challenging in an agri-food environment. Best of all, the magnetic particles can be trapped and used again.

Magnetic resonance imaging (MRI) uses a different type of quantum effect: the signature of hydrogen nuclei in a magnetic field. This tiny magnetic field which is re-radiated when the water in the patient’s body is pulsed with radio waves provides contrast between the different (fat, blood, muscle) tissues in the body. These systems detect the magnetic field in a traditional way, using coils of wire and electronic amplifiers. Quantum sensors could detect this field directly, improving sensitivity, portability and cost. In fact, the underlying physics behind MRI (NMR and NQR) also has industrial applications, such as chemical analysis or explosive detection. New sensors could make these detectors simpler and more sensitive and open up new applications.

Understanding underground rock and soil conditions has many benefits for oil and gas prospecting, mining, construction and landfill management. Also, there are many buried assets whose locations are lost or unknown, such as archaeological remains or ancient waterways. These areas can be difficult to survey with traditional methods.

The incredible sensitivity of quantum gravimeters (atom interferometers) allows much smaller objects to be detected at a greater burial depth. Although the sensor needs to be close to the ground to get good resolution, the sensitivity could bring about completely new applications such as mineral prospecting or quickly clearing brownfield sites. Although the ancillary hardware needed is still large and complex, the sensor head itself is relatively robust compared to a traditional device. With increasing applications driving development, the cost and size will shrink.

Just as a quantum atom interferometer is sensitive to the acceleration due to gravity, it is also sensitive to the acceleration due to motion. Equally well, it can be made sensitive to rotation, meaning that it can revolutionise the sensors needed for inertial navigation (accelerometers and gyroscopes). This type of navigation – working without an external reference such as GPS or star sightings – is essential for the military, particularly submarines. Mastery of this technology will be essential for navies in the next few years as there have already been suspected attacks on GPS in contested waters.

Autonomous vehicles are also dependent on GPS for safety and for the inch-perfect navigation required to negotiate intersections or to stay in lane. Automotive sensor manufacturers are investigating quantum gyroscopes to improve driving accuracy and reduce reliance on satellite navigation.

Perhaps the best-known quantum effect is the famous wave-particle duality, where light behaves sometimes as a wave and sometimes as a particle. The ‘particle’ behaviour has some useful effects. For instance, it’s impossible to know the exact state of a single photon (particle). This means that if one is intercepted from a fibre optic cable it can never be put back. So, perfectly unbreakable communication becomes possible. These properties can also be exploited for optical sensing, such as radar systems which can’t be spoofed or easily detected, or cheaper medical instruments with higher sensitivity Also, remote sensing and detection of gases is becoming possible “lidar for gas plumes” using advanced optical effects.

How do I get the benefits?

Quantum sensing is undoubtedly laden with potential in many applications. There will be significant commercial benefits. There could be huge first-mover advantages. But getting to the benefits will not be easy. Although early sensors are available off the shelf, they tend to be tailored for specific applications and be at quite a low readiness level (WARNING – may contain dead cat).

The most basic requirement in realising the full benefit is a proper understanding of the technology. How it works and whether it’s relevant to the problem. There will be compromises needed to build it into a practical system. Making the trade-offs correctly can mean the difference between success and failure. Consequently, and perhaps more than with other emerging technologies, quantum sensing requires the right specialist knowledge. Unsurprisingly, that knowledge is in short supply and strong demand.

Getting to the benefits of quantum sensing quickly, yet prudently, requires simultaneously striking a whole range of technical and commercial balances. It requires rigorous systems engineering, built on deep technical expertise and strong commercial insight. It requires application engineering.

Cambridge Consultants has a proud history of pioneering emerging technologies. Many have led to world changing advances, like single chip Bluetooth, large format inkjet printing, and multimillion-pound spin outs. We think quantum technologies will be one of the next disruptors. But it will take a wide range of specific skills and a comprehensive understanding of quantum physics to make it a reality.

With physicists who understand the fundamentals of quantum sensing – including the limitations and how to overcome them – existing research can be leveraged. Engineers accustomed to developing products to work in harsh environments, with tight cost and performance constraints, can create devices that meet market needs. Combined with software and algorithm engineers, who can process the highly complex data and convert this into insight that can be easily interpreted for decision making, you have all the skills and knowledge required to make a commercial quantum sensor. There are few organisations where all these people are united as a global team, with the drive to work together to make something happen. And I’m pleased to say that Cambridge Consultants is one of them. If your company has any special challenges like this one, don't hesitate to contact me to discuss how we can help. 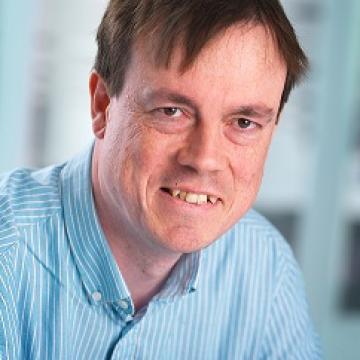 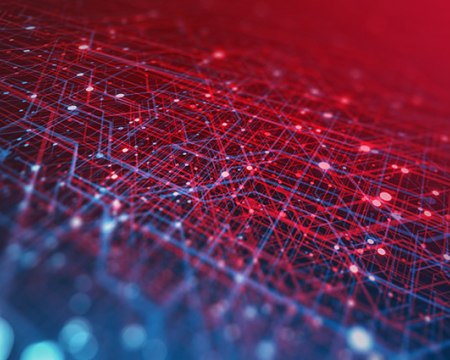 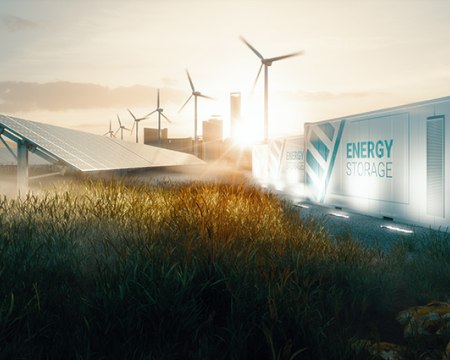 Business survival in an age of net zero targets

Only two companies at the top of the Fortune 500 have survived from 20 years ago. The newcomers have risen by being fleet of foot or riding a financial or technological wave. 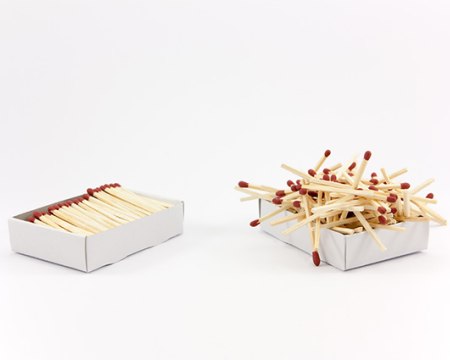