Make it smaller, lighter, lower power – and don’t forget the performance improvement. That was the challenge facing product design and development firm Cambridge Consultants when long-standing client Northrop Grumman needed a new generation of its market-leading air traffic control radio system – the Park Air T6, which manages the movement of aircraft in the majority of the world’s airspace.

Clear differentiation from the client’s competitors was required – the aim was to ‘wow’ the market. And not just on first sight but also as people learned the details of the product. To achieve this, small improvements wouldn’t be enough. The new system needed to be less than half the size of its predecessor, less than half the weight, more power efficient – and still deliver significant performance improvements.

“We started by exploring the ‘art of the possible’ in air traffic radio design with the Park Air T6 engineering team,” said Richard Davies, professional radio technology director at Cambridge Consultants. “With some experimentation and modelling, preferred architecture options were identified. We then planned a rapid prototype development to de-risk the design – resulting in a jointly developed ‘works-like’ prototype to show performance.

“The next challenge was how to fit all this great technology into a small package that would be easy to manufacture and enhance the Park Air T6 reputation for high reliability and high performance. So we constructed origami-style models of the key elements and worked out how we could assemble them. That led to the creation of a ‘looks-like, works-like’ prototype.”

With one of the world’s largest independent wireless development teams, Cambridge Consultants has been involved for more than 20 years in the technically demanding market of high-performance ground-to-air radio communication systems.

The development of the radical new design of the Park Air T6 radio system included cutting-edge thermal design and power supply adaptation, and advanced signal processing and algorithms – leading to the generation of a patent. The project transformed the way the system was built, whilst ensuring it could still reliably cope with the complexity of voice and data communications involving large numbers of moving aircraft spread across 180 countries.

“We are very proud of what the collective team has achieved – it has definitely exceeded expectations,” said Neil Upton, technical director at Northrop Grumman Park Air Systems. “I don’t think many people thought we could actually do it. At its launch, the Park Air T6 radio did achieve the wow factor and was very well received by customers and the industry alike.

“The secret of success in our long relationship with Cambridge Consultants is the way we work together. It’s a collaboration in which we are able to gain experience and knowledge – and benefit from technology transfer from other industry sectors. That has always worked fantastically well for us.”

Cambridge Consultants develops breakthrough products, creates and licenses intellectual property, and provides business consultancy in technology-critical issues for clients worldwide. For more than 50 years, the company has been helping its clients turn business opportunities into commercial successes, whether they are launching first-to-market products, entering new markets or expanding existing markets through the introduction of new technologies. With a team of more than 850 staff, including engineers, scientists, mathematicians and designers, in offices in Cambridge (UK), Boston (USA), Tokyo and Singapore, Cambridge Consultants offers solutions across a diverse range of industries including medical technology, industrial and consumer products, digital health, energy and wireless communications. For more information, visit: www.cambridgeconsultants.com

Cambridge Consultants is part of Altran. Altran is the undisputed world leader in engineering and R&D services. The Group offers its customers a unique value proposition to meet their transformation and innovation challenges. Altran supports its customers, from concept to industrialization, to develop the products and services of tomorrow. Altran has been working for more than 35 years with major players in many sectors: Automotive, Aeronautics, Space, Defense & Naval, Rail, Infrastructure & Transport, Industry & Consumer Products, Life Sciences, Communications, Semiconductor & Electronics, Software & Internet, Finance & Public Sector. In 2019, Capgemini, and Altran announced a merger project in the context of a friendly tender offer to create a global leader in “Intelligent Industry”. Altran generated €3.2 billion in revenue in 2019, with more than 50,000 employees in more than 30 countries. www.altran.com 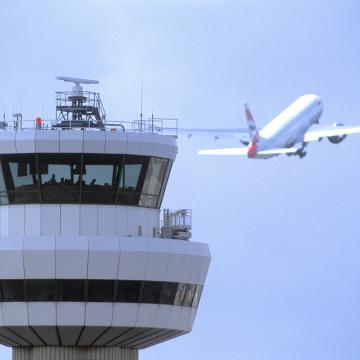