Could a radical approach to mass screening conquer COVID this winter?

Right now, plans are already afoot to test the entire populations of Liverpool and Merthyr Tydfil. That’s almost a million people needing to be tested, more or less all at once. It’s a big ask. On a practical level, the Government can organise hasty training to non-medical staff and even send in the troops. But the scarcity of testing machines and the limits on their capacity is almost certain to cause bottlenecks at the lab stage of the testing process.

Is there an easier way to increase the throughput of samples and speed up the results? Here at Cambridge Consultants, we believe that a process called multipool testing could be the answer. With complicated maths algorithms and some relatively straightforward additional kit, multipool testing could enable up to ten times as many samples to be analysed at once.

Sounds too good to be true? Read on…

There are currently two testing options available for mass screening. First up, the lateral flow test, which works in minutes, rather like a pregnancy test. This has all the advantages of being quick, easy and cheap but comes with a relatively high rate of inaccuracy. In mass screening, a failure rate of just 1% of false positives causes major problems. At that rate, the testing of a million people will throw up 10,000 false positives. Extrapolate that to the 65 million people in the UK and you’d have half a million people incorrectly believing they have COVID-19. It is simply too high a price to pay.

That leaves us with the slower and more pricey Polymerase Chain Reaction (PCR) test. Highly sensitive and accurate, PCR machines have undergone rapid development this year, as you can imagine. But they still take at least an hour to have a capacity limit of 96 samples to be tested at once. At that rate, Liverpool would need a hangar full of PCR machines to get through testing its 900,000 population in a timely manner. But is there another way?

Now, here’s where it gets interesting. In multipool testing, individual patient samples are mixed together according to a mathematical table and the results analysed to spot patterns and identify the positive results. This can dramatically increase the capacity of a single PCR machine, allowing ten times more samples to be processed per hour. This is not an entirely new process. A very basic form of pooled testing was used in World War Two to screen US soldiers for diseases in a sequential approach. More recent developments allow for pooled screening in a single batch of parallel tests.

To explain how it could work for coronavirus, let’s start simple - here’s the GCSE Maths version of multipool testing:

With a PCR machine which can test 96 samples per hour. Each sample is dropped into a small well in a tray that looks rather like an eggbox with spaces for 96 tiny eggs. You may have seen these in action on TV during coronavirus coverage. Now, just suppose that in one of those eggbox wells, you dropped in samples from, say, eight people and mixed – or pooled – them together. Then you combined samples in different combinations in further wells, according to a set mathematical pattern.

If one of the samples was positive for COVID-19, then that cell would light up as positive. And – crucially – a pattern would then emerge of further positive results among the other wells. A sophisticated maths analysis could track the positive sample across the wells and identify which individual sample was causing them to light up. This allows each of the 96 wells to test many samples at once. You can see more here of how this kind of analysis would work:

Clever isn’t it? At this point, it’s time for a hat-tip Baudouin Géraud, principal physicist here at Cambridge Consultants, and his colleague Michele Adriani a senior software engineer. Baudouin and Michele has most definitely not stopped at the GCSE level of thinking about this problem. Indeed, his team has already worked out the maths for conducting multiple pooled tests on a 96-well screening machine. It’s seriously smart work, involving error correction and other advanced algorithms.

On a practical level, could multipool testing make a difference to mass screening here in the UK this winter? I firmly believe that the answer to this is yes. At Cambridge Consultants, we could design and build a piece of equipment that would work alongside each usual PCR testing machine. It would need to have a dual function.

First, it would be able – using pipettes, robotics and a good dose of complex software – accurately to load and mix a 96-well tray with the requisite number of pooled samples. These steps are indeed crucial as such screening and automation would provide the degree of control and accuracy necessary to its success.  Could we build this? Absolutely. Secondly comes the analysis. Could we turn the complex maths into software capable of analysing the pooled tests? With our team of software engineers, I’m confident that this is eminently doable.

A prototype within weeks

Back in March, our teams dropped everything and worked flat out to create a ventilator from scratch in response to the Government’s call for rapidly manufactured ventilator systems. We got one up and running in less than six weeks, which is quite an achievement. I believe that if the Government and the NHS called for rapid development of a pooled testing kit, we could achieve a prototype within weeks, complete with full specifications for manufacture in greater numbers.

The mathematics of pooled testing is undoubtedly very complicated when you try to untangle the results of multiple positive samples. But critically, this method has proven to be effective, assuming the overall percentage of positive tests is below approximately 2%. In COVID-19, population-wide screening should fit comfortably below the 2% positive threshold and so pooled testing can provide a route to higher throughput without an increase in expensive and limited PCR machines.

To sum up, population-wide screening for COVID-19 requires systemic changes to the way in which samples are processed. Yes, we can call in troops or volunteers. We can also increase the sheer quantity of available testing devices. But both these approaches are expensive and time-consuming as, right now, PCR machines are in high demand and require complex training and specialised staff.

By contrast, pooling samples as we have suggested opens a new route to scaling up testing capacity. We could dramatically increase the throughput of the current standard equipment, reducing the gap between what is currently achievable and what mass screening of populations will require. Here at Cambridge Consultants, we are ready and willing to take up the challenge. 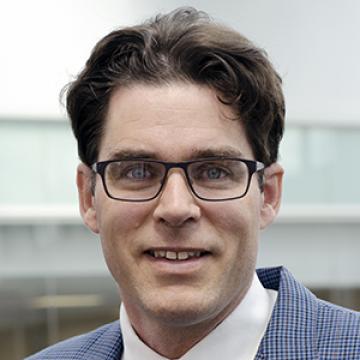 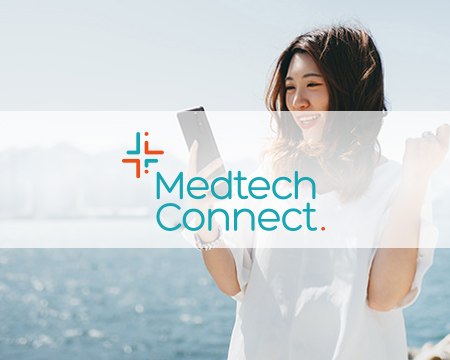 Medtech Connect: Beyond COVID - investigating and innovating for the next generation 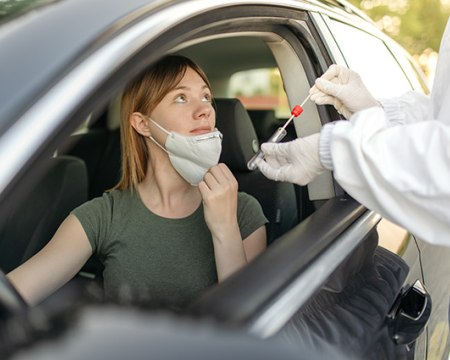 Shooting for the moon: how to test 10 million samples for COVID-19

In September the UK government announced Operation Moonshot – to deliver the mass screening of 10 million samples for COVID-19 every day. Andrew Goulter takes a pragmatic look at five key areas of focus if we are to increase screening efficiency and capacity. 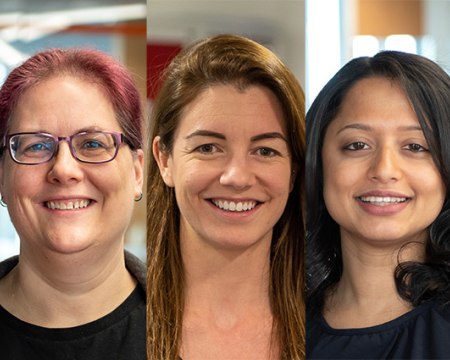 Tri-Con 2021 reflects the rapid pace of development in diagnostics

The past year has seen an unprecedented acceleration of innovation in the diagnostics space. Reflecting on the virtual themes and debates at Molecular Med Tri-Con 2021, Head of Life Sciences Symon Cotton says that the speed of tests and vaccines coming to market is not having an adverse effect on quality. Medical developments can be safely delivered to quicker timescales...