Making sense of personalization for your business

In my last blog I looked at personalization from the ground up… reviewing the ways in which you can understand your consumers as individuals. This time I want to push the debate on a little to talk about personalization in action. What are the best examples around, which brands are defining best practice and how do we continue to overcome the challenges that beset multinationals and start-ups alike?

These themes took center stage during a key segment of my panel at the Personalized Beauty Global event last Fall. What emerged was a set of insights that I think offer real value for any business wanting to make sense of personalization. Valentin Langen, Founder & Managing Director of Ioniq Skincare warmed the panel up by speaking as a consumer himself and declaring his enthusiasm for non-linear TV.

The future of personalization

He looked back on what he colorfully called the ‘dictatorial communism’ of having to be on his couch at a certain time to watch what was provided for him. These days he watches half an episode of his favorite show while making breakfast with his kids, then catches the rest on a different device during his commute to work. It all comes, of course, with an abundance of choice and personalized recommendations to make viewing easy.

Valentin also described his liking for the shipping options of Amazon and its range of price points but raised an interesting and topical point about Facebook. A great example of a personalized business model certainly – but he also said that Facebook ‘scares him’ in the way it has taken personalization a step too far.

“We all know that Facebook provides you with news that matches your views very closely and this leads to you being caught up in your own bubble, which promotes a political divide within society,” he said. “With personalization I think it’s important that we leave room for an element of surprise and discovery.”

Stefan Biel, Innovation Director of Beiersdorf, expressed his love for the German brand MyMuesli – not for the product itself – he’s not a fan of cereal – but for the way the brand had positioned itself in the marketplace. The company began by mixing – in its own store – any combination of fruit, nuts, seeds and flakes that consumers desired. Those consumers were happy to pay a premium price because they were getting exactly what they wanted.

The clever part for Stefan came when the brand managed to place its most popular, pre-mixed combinations alongside the likes of Kellogg’s on supermarket shelves. With half the volume but five times the price of the big brands, MyMuesli still sold well to consumers who still believed it to be more personalized and individualized than rivals. It was the perfect mix, he said, of starting off with a high price point justified by personalization and then retaining that in the mass market thanks to image and perception.

I brought one of my favorite examples, the Stich Fix styling brand, into the debate. After launching around 2011, going public and becoming increasingly successful, the brand excels in curation. The personalized shipping systems allows you to input personal information before machine learning kicks in to ship you outfits it thinks you’ll like. You keep the ones you do and return the ones you don’t.

Simple yes – but it combines several really important factors. Stich Fix is really convenient of course, as the outfits are whizzed to your home without any fuss or bother on your part. But the really clever bit is that it learns dynamically as it goes. Rather than making assumptions about you, it learns on an ongoing basis so that the outfit choices continue to improve. Along with further innovations, such as clever integration with Pinterest, the brand has some really good features that could easily be applied to other industries. It also doesn’t ignore the ‘surprise and delight’ factor mentioned before.

The challenge of scale

Moderator Richard Kestenbaum of Triangle Capital raised the issue of scale. Conceptually, he said, scale although vital for profitability could be seen as being as the opposite end of the spectrum from personalization. He asked Stefan how his company balanced the two conflicting tensions. The answer was an honest one, as Stefan admitted that he and his colleagues were still trying to find the right balance.

“The main challenge with regards to scale is that a company like ours is built on making millions of units and selling them to consumers globally,” he said. “Whenever we talk about product innovation and developing new solutions it’s tempting to use existing systems. Just one example – if you produce cosmetics you have to carry out microbiology testing for each batch you produce. For a five-ton batch, €100 for microbiology testing is nothing, but for smaller batches it becomes prohibitively expensive.

“The answer is not to apply your current processes and tools and try to make them smaller but rather reinvent the whole thing. We are not there yet but we know it is important to really reinvent the way we make products in order to have a cost per product ratio that doesn’t make personalized product ridiculously expensive.”

I had to agree. From our work with a lot of different multinationals. It is clear that the patterns Stefan described are not unique to cosmetics and we see this across many different CPGs from beverages to homecare. These organizations have grown their businesses on economies of scale, shipping high volumes of product to the consumers. How they go about that will need to adapt, bringing in flexibility, and affecting the entire supply chain, not just the consumer touch points. The way business models are thought about will need to adapt and companies need to look beyond the physical unit as holding the value, perhaps to alternative revenue streams and also to the value of intangibles such as the insights you can learn about the consumer.

Personalization on the customer journey

Valentin’s view was that he was sometimes left confused by discussions around personalization that were centered very narrowly around product only. He pointed to the whole customer journey with its many touchpoints, from discovery to purchase and usage. If scale of production was a problem, he advocated applying personalization to the many other aspects of the customer journey and product experience.

Richard then turned the focus on start-ups, asking Valentin to describe his experiences. Ioniq, he said, had to face the strategic problem shared by all skincare companies – turning a chemical product into a digital opportunity. However, his company has a high-tech sprayer that dispenses the suncare treatment and importantly combines this with a digital service to personalize the product delivery to give the consumer what they want.

It’s interesting that Ioniq is a spinout form a machinery manufacturer – a world market-leader in industrial spraying. They transferred the technical capability of spraying into a new market, skincare, and formed Ioniq, setting it up as a separate company to give it the freedom to act differently to its parent. Being separate from the large organization aided them to build something entirely new for the skincare market.

I found the differences between the viewpoints of multinational and start-ups a fascinating part of the debate. We work with both types of companies here at Cambridge Consultants and there’s no doubt that start-ups can be more agile. There’s no need to turnaround a supertanker that’s carrying a full cargo of legacy. But on the other hand, the start-up doesn’t have the inherent brand value that gives it permission to get closer to the consumer. We expect to see many partnerships to get the benefits of both worlds and also different corporate structures to give the freedom to new internal ventures.

Drop me a line if you’d like to quiz me on any aspect of the topic of personalization and how explore what it means for your business. 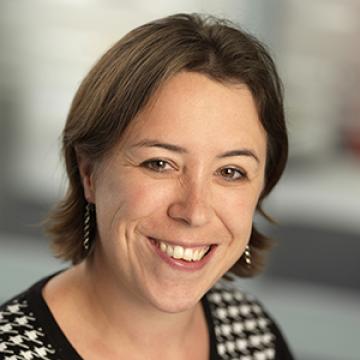 Ruth works with consumer brands across multiple market sectors including beverages, beauty, consumer healthcare and entertainment. Her focus is creating consumer delight and engagement through the integration of innovative technology, bringing significant business transformation for her clients. 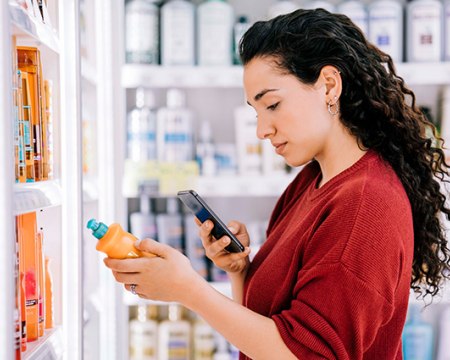 The movement is irresistible. Companies traditionally focused on physical products, from beauty to laundry, are embracing the opportunities of digital. The time to make things happen is now, before it’s too late and competitors steal a march. If you are part of a consumer business intent on transforming digitally and growing in entirely new ways, this eBook is essential reading. 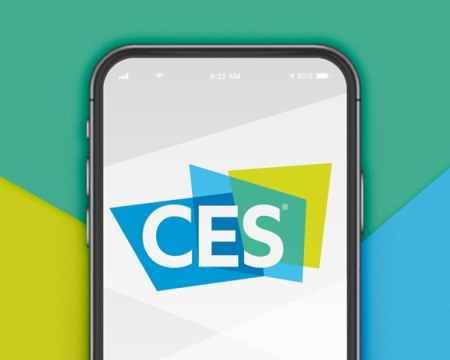 Beyond CES: shaping the business model for ‘product+’ consumer solutions

Walking the floor at CES, physically or virtually, can be overwhelming for anyone. The choice of solutions seems endless. If you're part of a consumer goods company, one that was born before the digital revolution, how do you navigate it? 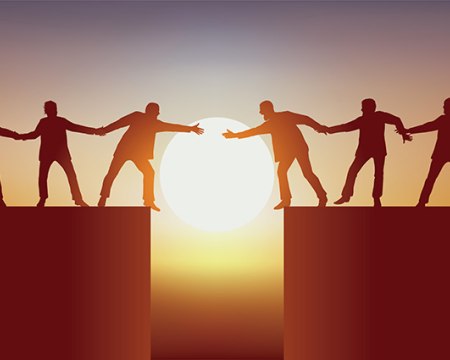 Building the digital freak to reshape the energy economy

The figures are stark. To limit the climate to 1.5°C warming, yet still enable living standards in the developing world to continue to rise, the world must remove carbon emissions at a rate of around 10% every year.

Hardware as a platform: the next great adventure in consumer personalisation

Consumers are about to leap into an exhilarating new territory of next-level customisation and personalisation.