A wireless technology breakthrough from product design and development firm Cambridge Consultants is bringing the vision of ‘smart dust’ a step closer to reality. The idea of tiny sensors embedded in paint to constantly monitor the stress on aircraft during flight, for example, could move from the realms of science fiction into the brave new world of the Internet of Things (IoT).

The key is a radical shift in the cost of the most expensive part of the Bluetooth Smart chips at the heart of every connected IoT device – the radio. Cambridge Consultants has used its all-digital radio technology Pizzicato to dramatically cut the silicon cost to just seven cents – less than a tenth of the current cost.

Getting rid of the analogue element of silicon radios means they can transcend current physical barriers, as well as directly benefit from Moore’s Law – further shrinking in size, cost and power consumption with each new generation.

Today, this could be a case of making personal care truly personal. Instead of a ‘smart’ toothbrush that tells you how well you brush your teeth, the Bluetooth Smart chips would be small enough and cheap enough to embed in each individual throwaway toothbrush head – so the toothbrush would know, for example, how often each family member was brushing their teeth.

But in the future it could mean the chips would be small enough to become smart dust. This opens the door to embedding them in paint to monitor things like aircraft stress or how vehicles are being driven and crash impacts to help with traffic accident investigations.

Mountains could be seeded with tiny temperature sensors to act as an avalanche early-warning system – and fields could be sprayed with smart dust to give real-time information about soil temperature and moisture content. Around the home, smart paint in a room could measure temperature, humidity or noise – while you could print your own smart clothing labels that could be linked to personalised washing cycles.

"To date, the cost of a radio has been determined by its analogue components – until you eliminate those, Bluetooth will always be limited by the price point," said Rob Milner, head of smart systems at Cambridge Consultants. "By massively reducing the cost of a technology that has a long range and can communicate with the billions of connected devices already deployed, we’ve helped open up more scope for revenue-generating and disruptive digital services.

Reducing the cost of Bluetooth chips is only the first generation of Cambridge Consultants’ visionary work in ultra-low-cost IoT. Next steps to mature the technology involve simplifying the overall product architecture by reducing the number of components and improving ease of assembly to achieve greater cost savings. Revolutionary work on battery technology, passive electronics and product housing is also under way.

Cambridge Consultants has one of the world’s largest independent wireless development teams, with more than 150 experts working in areas ranging from ultra-low-power, short-range wireless connectivity to global satellite communication. During its 56-year history, the company has helped clients develop technology ranging from the world’s first wireless implanted pacing system to the ground-to-air radio system controlling air traffic over the majority of the planet.

Cambridge Consultants will be demonstrating the world’s lowest cost IoT network at Mobile World Congress, 27 February to 2 March, in Barcelona at the Fira Gran Via, Hall 7, stand 7B21. The demonstration uses a network of Bluetooth beacons based on Google’s Eddystone and Apple’s iBeacon ecosystems.

Cambridge Consultants develops breakthrough products, creates and licenses intellectual property, and provides business consultancy in technology-critical issues for clients worldwide. For more than 50 years, the company has been helping its clients turn business opportunities into commercial successes, whether they are launching first-to-market products, entering new markets or expanding existing markets through the introduction of new technologies. With a team of 750 staff, including engineers, scientists, mathematicians and designers, in offices in Cambridge (UK), Boston (USA) and Singapore, Cambridge Consultants offers solutions across a diverse range of industries including medical technology, industrial and consumer products, digital health, oil and gas, and wireless communications.

Cambridge Consultants is part of Altran, a global leader in engineering and R&D services which offers its clients a new way to innovate. Altran works alongside its clients on every link in the value chain of their project, from conception to industrialisation. In 2016, the Altran group generated revenues of €2.120bn. With a headcount of more than 30,000 employees, Altran is present in more than 20 countries. For more information, visit www.Altran.com. 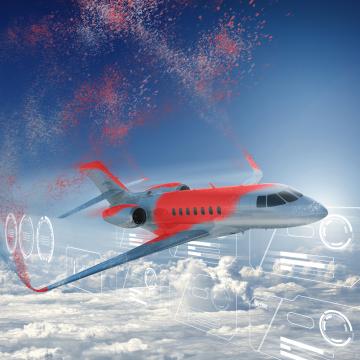